“Inflation is like toothpaste. Once it’s out, you can hardly get it back in again.”-Karl Otto Poehl

For anyone with macro-geek interests, this week’s main event was the Eurozone flash September HIPC inflation reading, which came in at 10.0%. The core measure, which excludes food and energy, was 4.8%. Market reaction to the first double-digit inflation reading in the 30-year history of the Euro was muted. Stock indices were mostly unchanged from a day earlier.

The yield on benchmark 10-year German government bonds actually declined slightly following the release, ending the week at 2.11%. For those of you lacking a calculator, that implies an inflation-adjusted or ‘real’ yield of between -7.89% and -2.69%, depending on your preferred inflation measure.

All those out there lamenting the tight-money bias of the European Central Bank (ECB) following rate hikes at the last two meetings of the Governing Council should be reminded that there was a time when interest rates were actually positive, with holders of government bonds and even bank depositors earning a yield that was above the inflation rate.

For what it is worth, analysts at the ECB itself are forecasting HIPC headline inflation for 2023 to be 5.5%. With this in mind, it should be no surprise that ECB President Christine Lagarde said in her prepared remarks for a hearing on monetary affairs at the European Parliament, “As things currently stand, we expect to raise interest rates further over the next several meetings to dampen demand and guard against the risk of a persistent upward shift in inflation expectations.”

This implies a determination to raise interest rates to a least the forecast level of inflation: 5.5%.

The Euribor market does not believe her. Euribor futures are forecasting rates to peak at 3.16% in September of 2023 before declining.

Maybe the market thinks the ECB’s inflation forecasts are wrong. Maybe it thinks a recession is already here that is going to cause the ECB to pivot. Maybe it is something else entirely. But the 5-year/20-year section of the German yield curve inverted for the first time ever last week. That is a very bad signal for the economy, so I am going with the latter assumption of recession in progress.

You actually listen to those interviews?

Two days later in an interview at a meeting of the Atlantic Council Lagarde reiterated the point, albeit in a contradictory sort of way. Starting out by tracing the main cause of inflation to a spike in energy prices related to the war in Ukraine, she acknowledged that “… monetary policy cannot … reduce the price of gas ... cannot stop the war …”

She then went on to say that the ECB was “going to deliver on our mandate of returning inflation back to 2% in the medium term.”

It is easy to sit back and dissect the things that powerful bureaucrats say in interviews. But by saying in one breath that the ECB is powerless against the current drivers of inflation and in the next breath saying that the ECB is somehow going to control it anyway, it almost looks like Mme Lagarde’s real goal is to deliver content to newsletter writers.

She went on to implicitly express the importance of the psychological tools of the ECB: “We have to give a very strong signal that we are not going to let inflation expectations de-anchor.”

To summarize; overnight interest rates and expertise in psychology are the ECB’s main weapons to counter rising inflation.

A peak in the rear-view mirror is not reassuring. Considering that these two tools coupled with a €3.2 trillion quantitative easing program over 8 years did not raise inflation to match the 2% mandate, I would say that Lagarde’s confidence might be misplaced. With 10-year Bunds yielding 2.11% it appears that she either has the confidence of the bond market or that investors think the European economy is in recession and the ECB’s rate hikes are dead wrong.

Put your helmets on!

To shield citizens from the impact of high energy prices, an estimated £200 billion in subsidies have been proposed. The duo also announced plans for a raft of deep tax cuts for high earners and large corporations. The response from the market which would have to absorb all this government funding was – a crash.

U.K. government bonds (known as Gilt-edged securities or Gilts) sold off so sharply that the Bank of England (BOE) was forced to intervene in the market. Had they not, it is widely believed that a significant portion of the U.K.’s £1.5 trillion in “Liability Driven Investment” pensions would be insolvent. By buying an “unlimited” quantity of Gilts, and postponing sales of the Gilts in its portfolio that were acquired in response to the 2008 financial crisis, the BOE was able to restore a measure of stability, for now.

A harbinger of things to come?

I wonder what Satoshi Nakamoto would think of these developments. The coinbase parameter of the Genesis block of the Bitcoin blockchain famously contained the text “The Times 03/Jan/2009 Chancellor on brink of second bailout for banks”.

During a week that featured intervention by the BOE to stave off a crisis in the Gilt market, and a 10% inflation print in the Eurozone, Bitcoin was remarkably stable in a trading range around $19K.

Whatever he (she? they?) might think about the price of Bitcoin relative to fiat currencies, Satoshi might be surprised at developments in the world of traditional finance vis-à-vis crypto.

At SmartCon 2022, the conference organized by blockchain oracle network Chainlink, the crypto uptake by big players in traditional finance was on display. One group of panelists included representatives from TradFi behemoths SWIFT, BNY Mellon and DTCC.

I am not sure that enabling the 11,000 banks in the SWIFT network to sign blockchain transactions was what Satoshi had in mind. Yet here we are.

Such an integration would dovetail nicely with the tokenization efforts at DTCC and BNY Mellon.

The Depository Trust and Clearing Corporation (DTCC) is the custodian, clearing, and settlement agent for most securities transactions worldwide. According to Stephen Prosperi, Head of Product Management, in 2021 DTCC settled $2.4 quadrillion (let’s just say $2,400 trillion) in securities transactions. While that big number required expertise and robust technology, he went on to say that DTCC has been studying the use of tokenization on public blockchain infrastructure for trade settlement purposes for over six years. He said that DTCC’s Digital Securities Management (DSM) platform is focused on leveraging blockchain technology to improve the speed and efficiency of their services.

BNY Mellon’s Victor O’Laughlen had a different take on tokenization. The Managing Director and Head of Enterprise Tokenization (love that title) said that BNY Mellon processes $2 trillion per day in payments, settles $10 trillion per day in U.S. Treasury transactions, and is the custodian of over $40 trillion or roughly 20% of the world’s investable assets. To manage those big numbers, and ensure smooth transaction processing, the bank needs to overfund accounts leaving billions of dollars in capital dormant. Their goal is to support tokenization of assets so that their in-house digital asset platform can atomically execute swaps of cash for bonds or other securities. Atomic swaps with no need for overfunded accounts would vastly improve capital efficiency and reduce settlement time from the current T+2 (2-day settlement) to T-0.

While that looks like a dip of the toe into the DeFi pool, all three TradFi degens went on to give a full-throated endorsement of DeFi, seasoned with a TradFi bent.

SWIFT’s Solé said, “You need DeFi to grasp the full benefit of tokenization.”

DTCC’s Prosperi saw hurdles for institutional participation in DeFi. He admitted that he “struggles to use the words regulated DeFi”. But he spoke with a tone of inevitability, saying, “Institutions need to find a way to get involved”.

BNY Mellon’s O’Laughlen was bullish. He sees a major value proposition in DeFi, not least in terms of the risk management benefits of trading against a group of entities with transparently pooled assets. Regarding the current $1 trillion in crypto market capitalization versus the hundreds of trillions in investible assets, he says the transition will start with vanilla assets and trade types:

“Once regulators are comfortable, absolutely banks will be there, will have to be there. There will be a portion of their activity with their counterparties that I think will slowly shift over into these DeFi protocols.”

Scant mention was made of “permissioned blockchains,” which if anything is an even more triggering phrase than “regulated DeFi.”

We are at a point where massive TradFi incumbents already have in-house expertise in blockchain technology. The principal payments infrastructure provider is integrating blockchains into their systems in response to demand from major institutional players. The leveraging of blockchains for settlement of TradFi securities transactions is seen as a value-add from the largest processor. The oldest U.S. bank, founded by the first U.S. Secretary of the Treasury, and custodian of nearly one-fifth of the world's investible assets is pushing for tokenization of securities on public blockchains.

This is not the crypto utopia of libertarian dreams. But these developments are emblematic of a rapidly maturing technology on the verge of a breakthrough in adoption.

I do wonder what Satoshi would make of it. 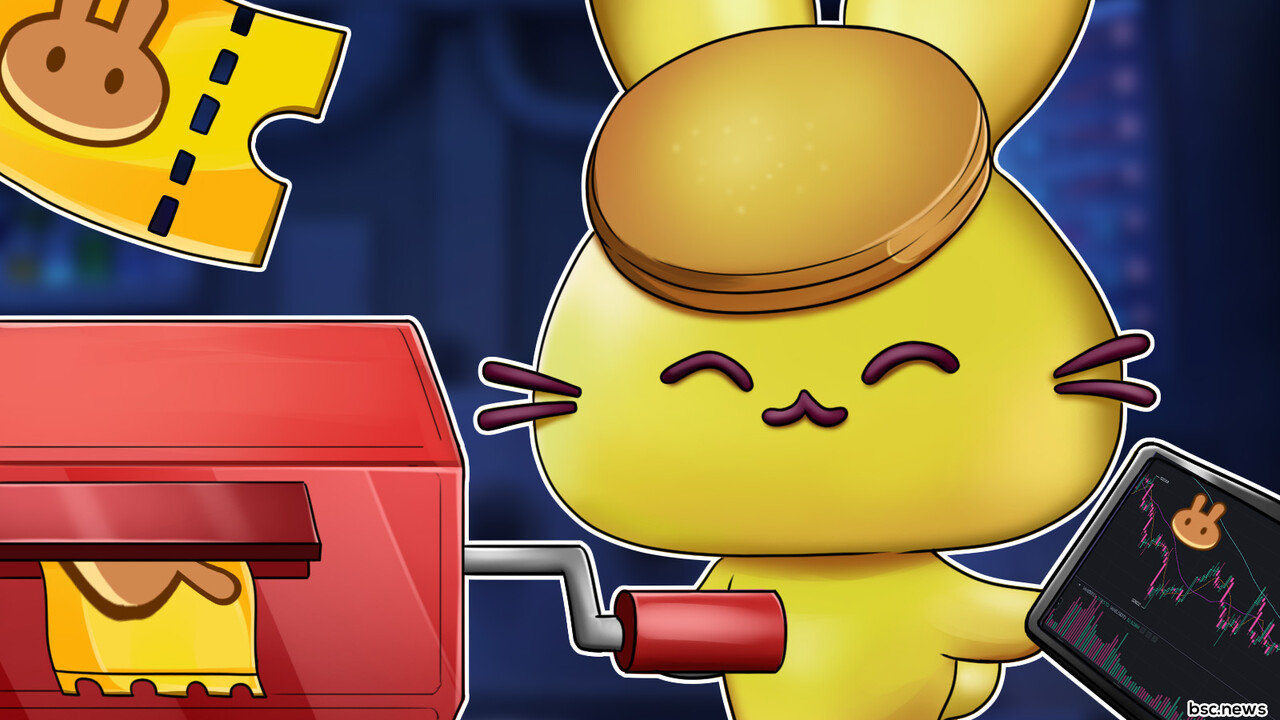